The latest fingerprint module from NEXT Biometrics has officially received Personal Identity Verification (PIV) Certification from the FBI. The module is called the One Touch 2000 and is built with a large-size FAP 20 fingerprint sensor.  “The PIV certification is important for customers within government ID and Access-Control markets.

Andhra Pradesh will be receiving a substantial number of fingerprint readers from NEXT Biometrics. Andhra Pradesh plans to use NEXT’s Aadhaar-certified readers to facilitate the distribution of government services and improve the living standards for people in rural areas as part of the state’s Navarathnalu program.

Is Next Biometrics is STQC and L0 Certified for Aadhaar Authentication?

Our STQC certified fingerprint reader is ready to be used in the UIDAI ecosystem. With its replaceable cable, it connects with notebooks or Android tablets and POS terminals with equal ease.

The reader comes with an STQC certified Level-0 Registered Device Service. NEXT also provides a Biometrics SDK with FRR tested algorithm to enable continued use of an existing RD Service.

These Videos May Help You 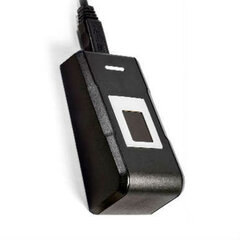